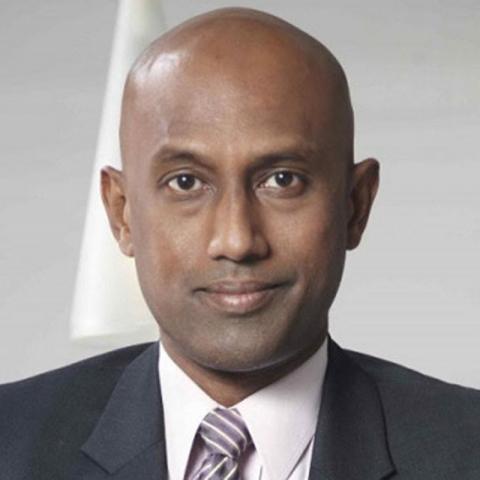 Elaborating more on this co-production and the series, Locomotive Global co-founder and principal Sunder Aaron tells indiantelevision.com that the story ideas and characters were created by him and Chaddha a couple of years ago. It was only recently that they approached Sameer Nair’s Applause Entertainment for the project. “Sameer has some terrific ambition for his company and the projects that they are doing and they are going to be doing forward. So, it’s a really terrific film,” he adds.

The story is at the initial stage where the writers are busy in drafting the script. According to Sunder they will be ready to roll the camera by around the first quarter of 2021.

Sunder also mentions that the shooting will happen in India as well as abroad. He says, “The story is based on the background of India. However, internationally, audiences and viewers are interested in authentic storytelling no matter where it comes from. First and foremost we want the viewers in India to enjoy this show, but I am sure we will find global audiences as well. We will get the primary idea of shooting location once the script is completed. Post that we can finalise the locations and do the recce. In season three we will take the story abroad. We have thought about creating multiple seasons of this show.”

As far as direction is concerned, Chaddha will direct the pilot episode. Post that, depending upon the requirement, she may direct other episodes as well.  Typically, in a premium scripted television there is not one director. So in the case of Seeker, Chaddha will be the lead director who will make sure the tone and quality that she sets in the pilot episode gets followed by the other directors.

The production house is in talks with multiple Indian and international directors. It is a hour-long ten-episode series. No production will happen overseas. As Applause Entertainment is the main studio, they will hire the line producers and simultaneously look after production work in India.

He further adds, “Sameer has a very creative team at Applause, Gurinder and my company, the three of us will be looking at hiring key people. It is a joint production effort; we are producing it together. Casting will be done when things are finalised as there are many characters and we need to go a little deeper into things.”

According to Aaron, funding will be done by Applause Entertainment.

“We will put our series on a premium broadcast channel platform. We are also talking to several OTT platforms," he adds.

By the first half of 2021 Locomotive Global will be ready with close to four movies that ilwill be taken to production. He says, “There are a number of shows which are under development. We are constantly acquiring IPs. We have acquired the rights of American series named Ray Donovan from CBS Studios International that will be remade in India. It will be mostly done by 2021.”

Aaron, who also acquired the rights for Vanita Kohli-Khandekar’s "The Making of Star India", says that it is not a complete adaptation. He is using the book as a primary source material for another scripted drama series set in the late 90s and early 2000s. He thinks that a lot has happened at the beginning when Star TV came to India. At the launch of the industry a lot of stories and shows were made on Silicon Valley and the internet boom but nothing on Indian television.

He says, “I think the Indian television is an extraordinary story waiting to be told. We are adapting it in a way that will fictionalise that era and period. It will be something like Succession and Mad Men. We have started the development and we are working with writers but it will take some time.”

Addressing the challenges that he foresees in the coming future, he notes that the most obvious challenge is production getting back up and accessing key talent.

“Presumably, people will begin full-fledged shooting by the start of new year, but then it will be difficult to get technical talent. A lot of actors will be unavailable because they will be booked. Another important thing is to find another shooting location apart from Mumbai. We will have to look at other places where we can shoot like Hyderabad and Goa. I am doing a film project in Goa.”

Aaron’s Hindi general entertainment channel Q India has also been severely impacted by the pandemic caused by Covid2019. Q India is completely advertising supported and it faced many challenges in terms of viewership and advertisement.

He concludes, “We do not charge a subscription fee for the channel. We were on the verge of a lot of good projects but that got stalled due to pandemic. We are constantly working to evolve the channel under challenging circumstances. Despite the pandemic and the set back, I am sure I will get out of this situation. We were planning to create vernacular channels but that has got pushed now.”